Jackie Alexander recently directed a sold-out run of Ragtime at the Stevens Center in Winston-Salem, North Carolina. The show was produced by the Piedmont Opera Company. Check out this great review by the Cultural Voice of North Carolina (CVNC) Journal. 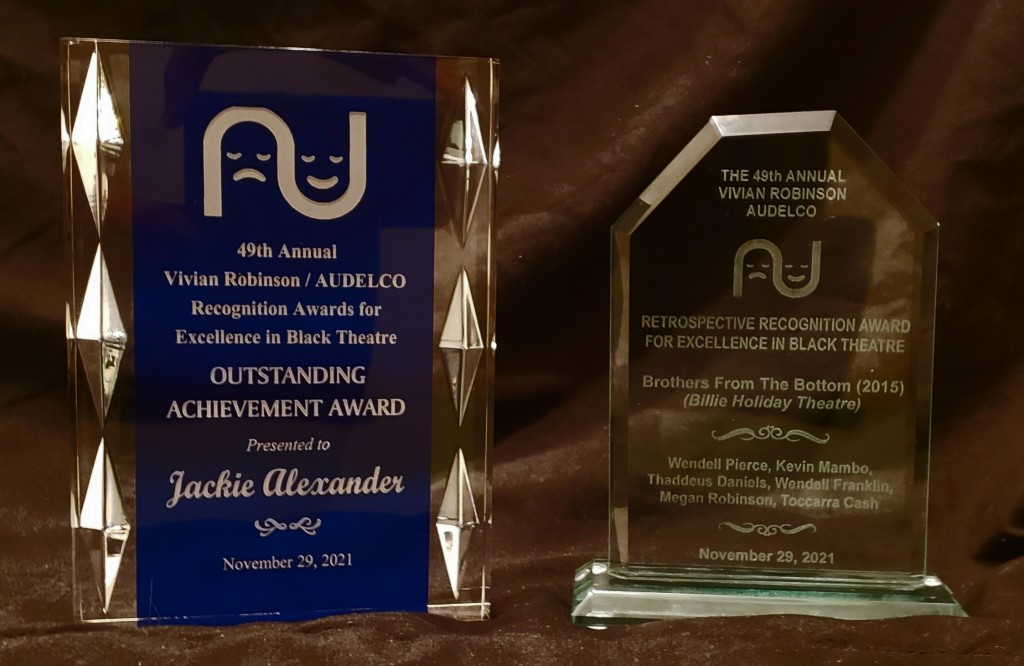 Jackie Alexander was presented with an Outstanding Achievement Award in Black Theatre at the 49th Annual AUDELCO Awards in New York City on November 29, 2021.  The 2015 Billie Holiday production of his hit play, Brothers from the Bottom, was also honored with a Retrospective Recognition Award for excellence in Black Theatre. 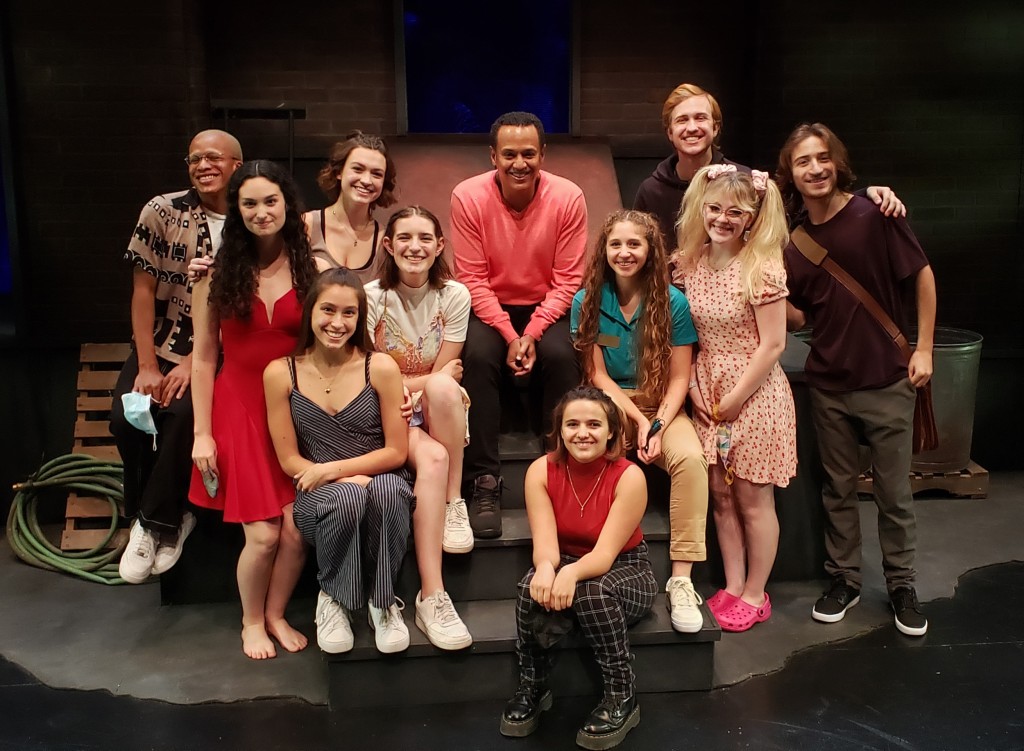 Jackie Alexander and the Cast of Everybody at CCU.

Jackie Alexander Directs Everybody at CCU 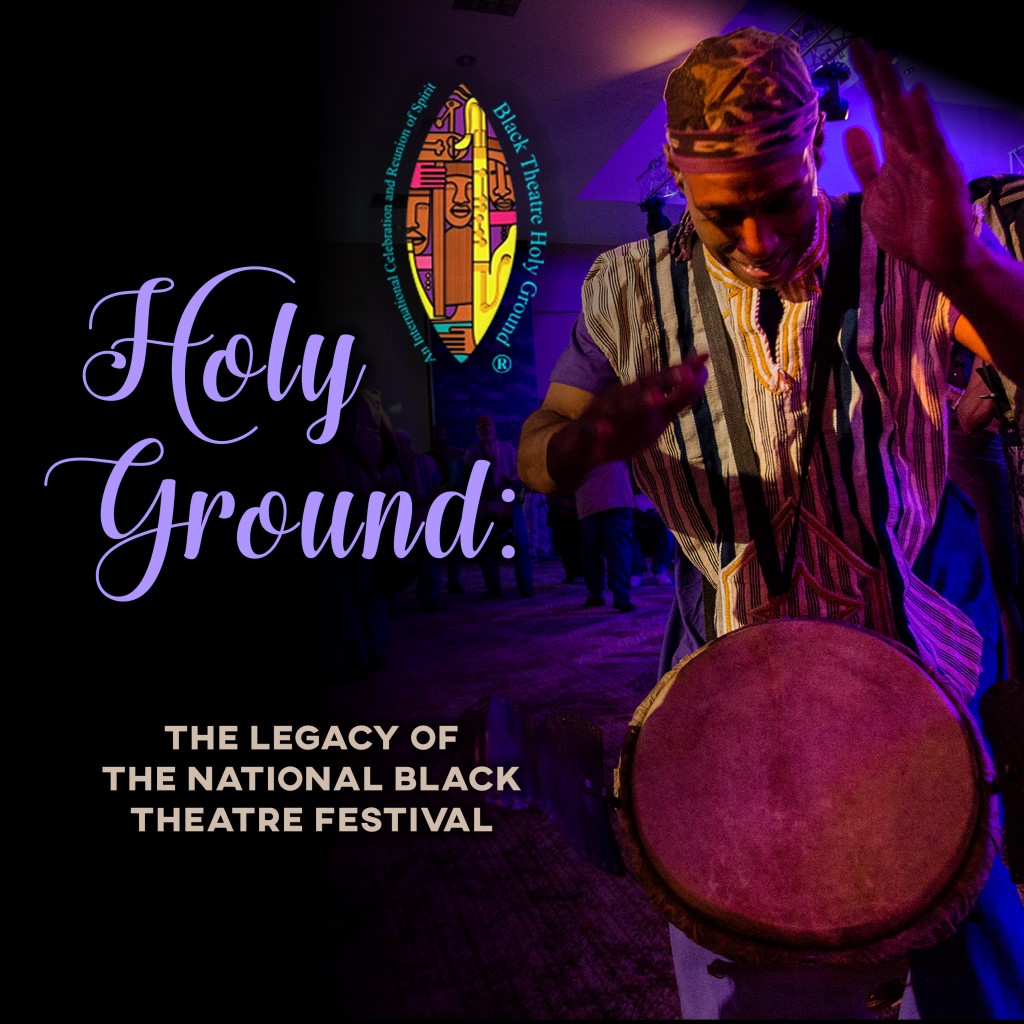 NC Black Rep has completed principle photography on Holy Ground: The Legacy of the National Black Theatre festival. The feature length documentary film, which celebrates the legacy of the National Black Theatre festival, features interviews with Black Theatre legends, ground breaking performances, archival NBTF footage, and a behind-the-scenes look at the North Carolina Black Repertory Company. The film is being produced by Jackie Alexander and directed by Ka’ramuu Kush. Check out the first two trailers for the film at: Holy Ground Trailer 1 and Holy Ground Trailer 2. The film is scheduled for completion in December 2021. 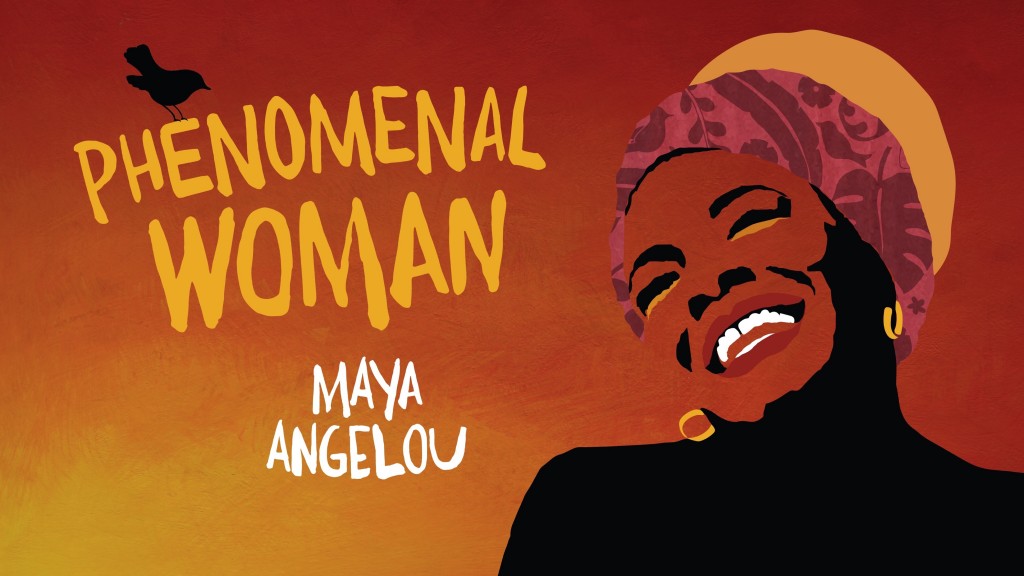 Jackie Alexander has signed on as Associate Producer on the Phenomenal Woman: Maya Angelou producing team. Co-Lead Producers David Rich of Corstoria and J. Todd Harris of Branded Pictures Entertainment have secured the sole and exclusive rights to create and produce a biographical Broadway-aimed production about Maya Angelou’s life and the rights to her first autobiography, I Know Why the Caged Bird Sings, her most powerful poems, “Still I Rise” and “Phenomenal Woman,” in addition to other works, along with an exclusive arrangement with Guy Johnson, Angelou’s only child, to serve as an executive producer. The show will debut in a developmental production at the NC Black Rep in the fall of 2022, followed by two more developmental runs at Memphis’ Hattiloo Theater, and Houston’s The Ensemble Theatre. From there producers aim to move to a large regional theater, and then transfer to Broadway followed by touring domestically and internationally. 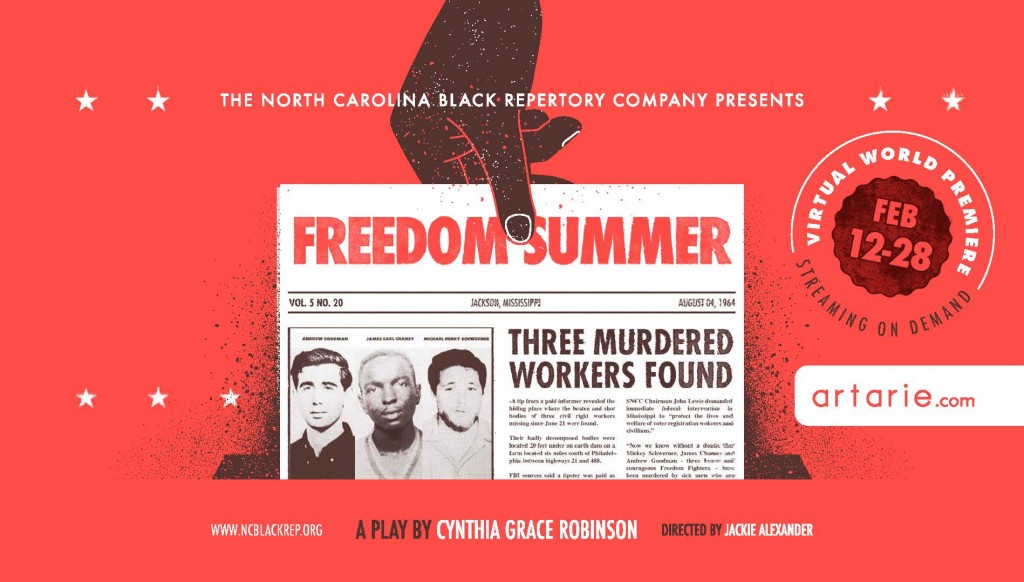 Don’t miss NC Black Rep’s Virtual World Premiere of Freedom Summer written by  Cynthia Grace Robinson and directed by Jackie Alexander. The play streams on-demand February 12-28, 2021 at:  Artarie.com. Freedom Summer tells the story of two sisters, Nora who has started a new life “passing” as a white woman in Boston, and her sister, Carrie, who is preparing to travel to the deep South to register Blacks to vote. The bodies of three civil rights workers have just been found in Mississippi, leading the sisters to question the price of civil rights, Black identity, and what it means to be Free. Set against the backdrop of the 1964 Mississippi Voting Rights Project, Freedom Summer is a powerful reminder of the price paid by so many in pursuit of civil liberties, and the importance of making your voice heard in the political process. Check out the Freedom Summer trailer and New York Amsterdam News review. 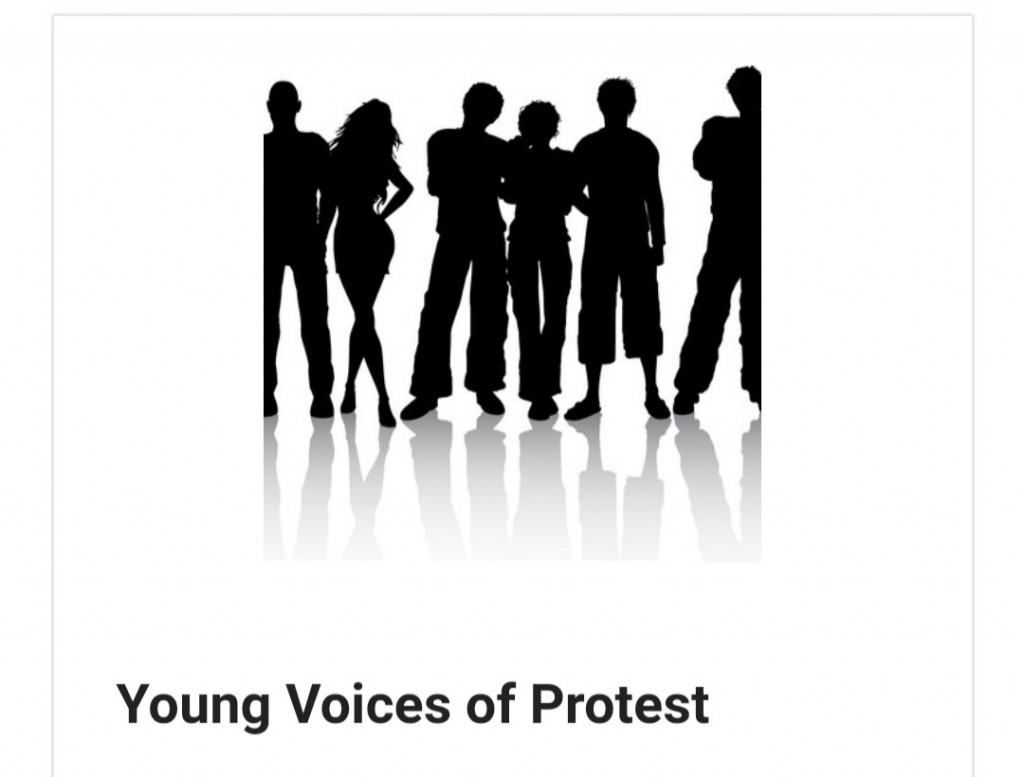 Young Voices of Protest at WFU

Young Voices of Protest, conceived and directed by Jackie Alexander, will begin streaming Friday October 30, 2020 at 7:30pm. The project is a collection of monologues written and performed by Wake Forest University students voicing their views on issues ranging from societal ills to personal challenges.  For more info please visit: wfu.edu. 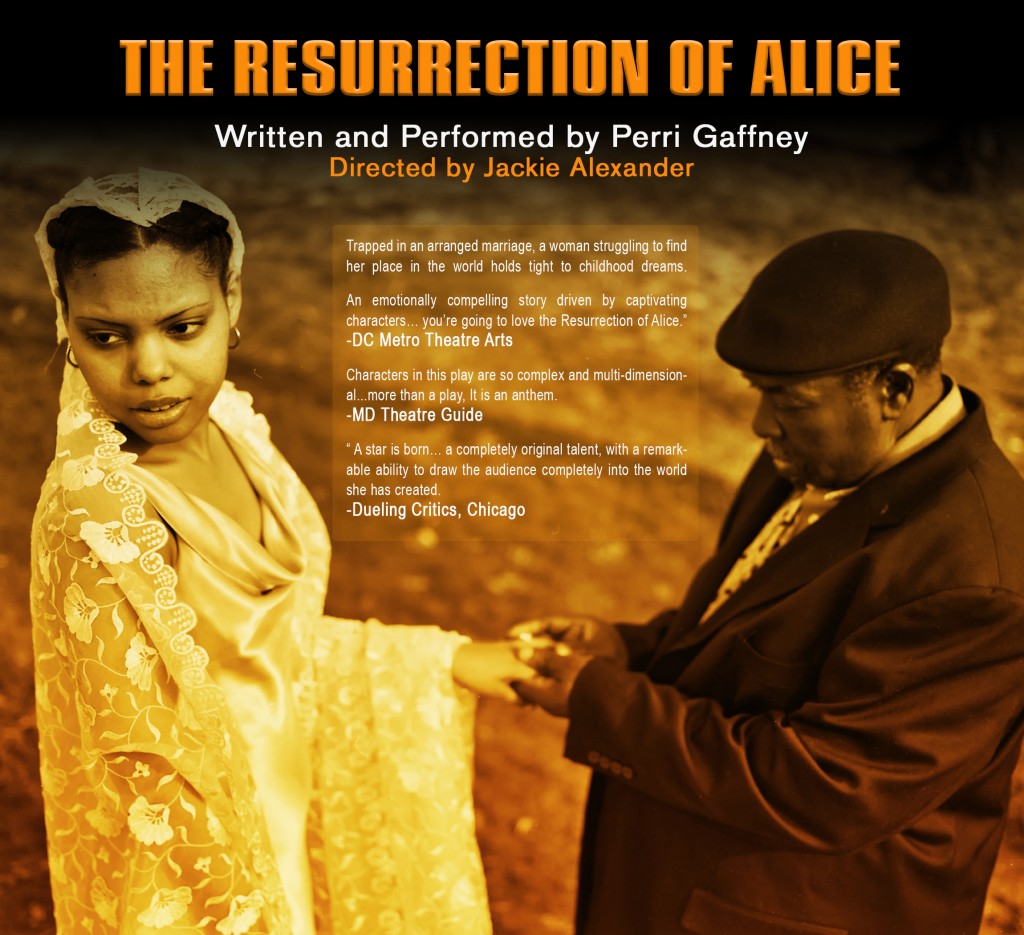 The North Carolina Black Repertory Company, in association with Appalachian State University, will present a virtual production of Perri Gaffney’s The Resurrection of Alice, directed by Jackie Alexander, on Thursday October 29, 2020 at 8pm.  The screening is free, but registration is required at: The Schaefer Center. 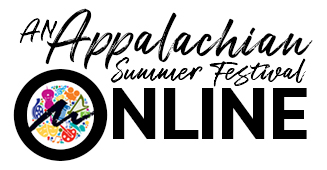 Ray Miller, Professor of Dance Studies and Theatre Arts, Appalachian State University, sits down for an informal and compelling chat with North Carolina Black Repertory Company Artistic Director Jackie Alexander as the award-winning playwright-director talks about the history of the acclaimed company and the importance of sharing the black experience on the stage.

This event aired at 7pm on Friday July 17, 2020; a recording can be viewed at: An Appalachian Festival Online. 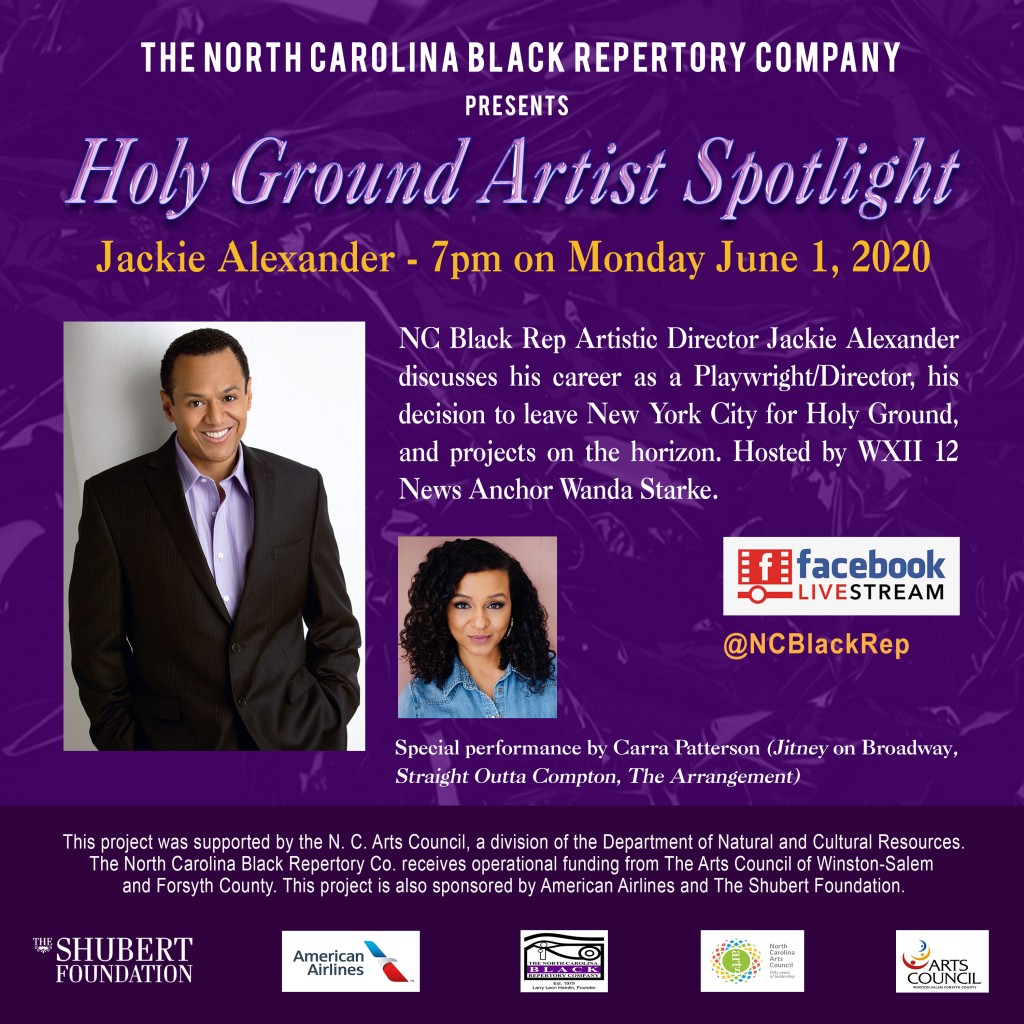 Thanks to everyone who tuned in on Monday June 1, 2020 for NC Black Rep’s Holy Ground Artist Spotlight profiling Jackie Alexander’s career as a writer, producer, and director. Special thanks to WXII 12 News Anchor Wanda Starke for a great conversation and actress Carra Patterson for a truly moving performance. If you missed the live stream, you can watch a recording of the event here: Holy Ground Artist Spotlight. 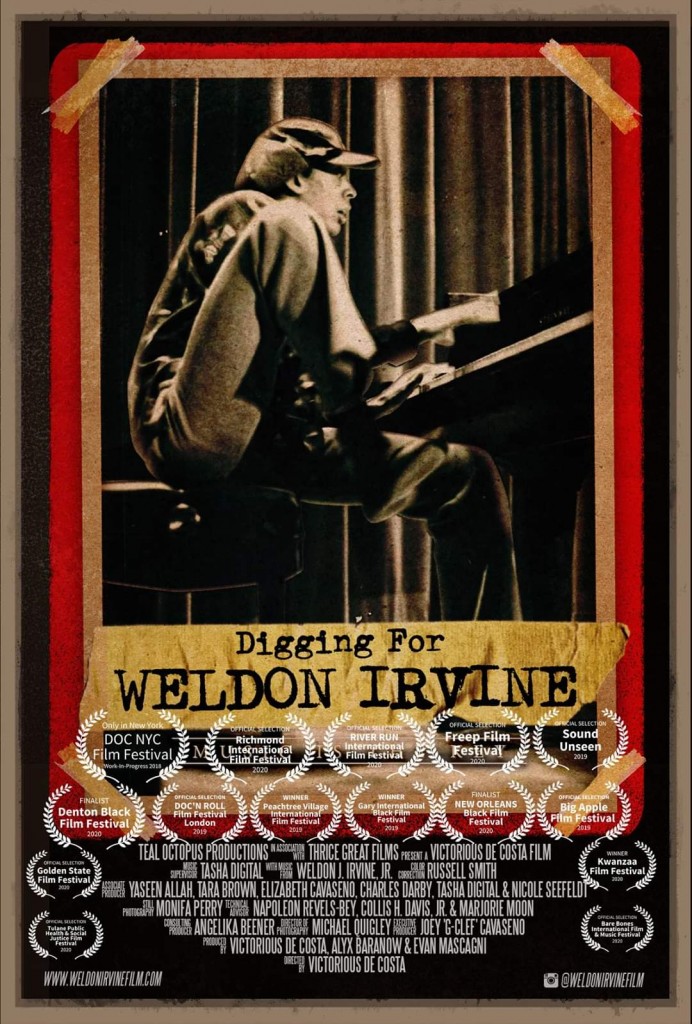 Jackie Alexander is featured in director Victorious DeCosta’s award-winning documentary Digging for Weldon Irvine. The film examines the life and legacy of jazz great and social activist Weldon Irvine, a man who played a pivotal role in Alexander’s artistic journey. For more information on the film, please visit: weldonirvinefilm.com. 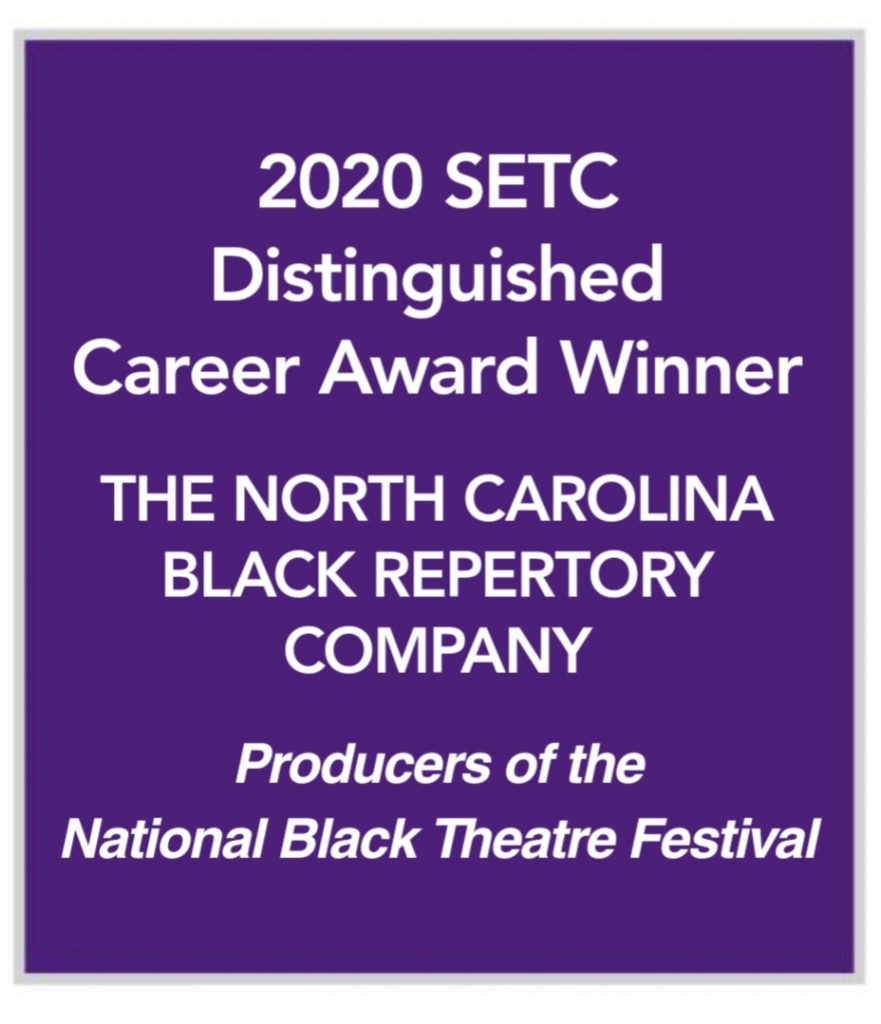 The Southeastern Theatre Conference (SETC) will honor the North Carolina Black Repertory Company (NC Black Rep) with their Distinguished Career Award at their 71st annual conference on February 29, 2020 in Louisville, Kentucky.  NC Black Rep Artistic Director Jackie Alexander will deliver the keynote address at the conference. SETC is a nonprofit membership organization reaching out across 10 states in the southeast region of the United States. With over 4500 individual members and 479 organizational members, SETC represents the strongest and broadest network of theatre practitioners in the United States. 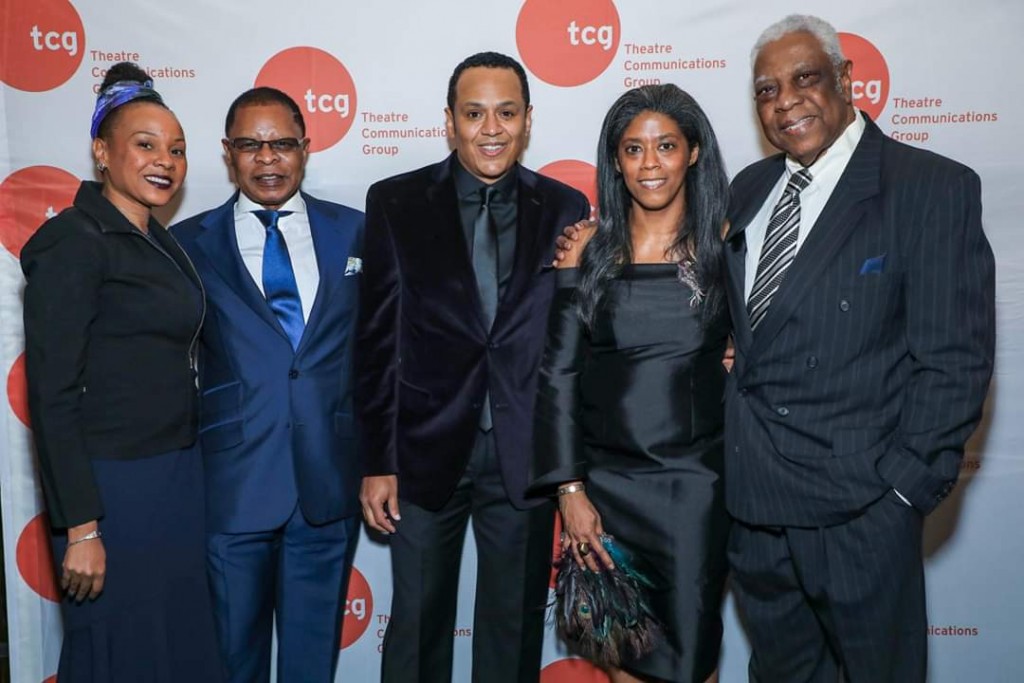 Theatre Communications Group (TCG) honored the National Black Theatre Festival (NBTF), which is produced by the North Carolina Black Repertory Company (NC Black Rep), alongside playwright David Henry Hwang at their 2020 Gala. The ceremony was held on Monday February 3, 2020 at the Edison Ballroom in New York City. NBTF Executive Producer Sylvia Sprinkle-Hamlin and Artistic Director Jackie Alexander accepted the award on behalf of NC Black Rep. TCG is a non-profit service organization that promotes professional non-profit theatre. With over 700 member theatres, TCG is the largest organization of its kind in the country. 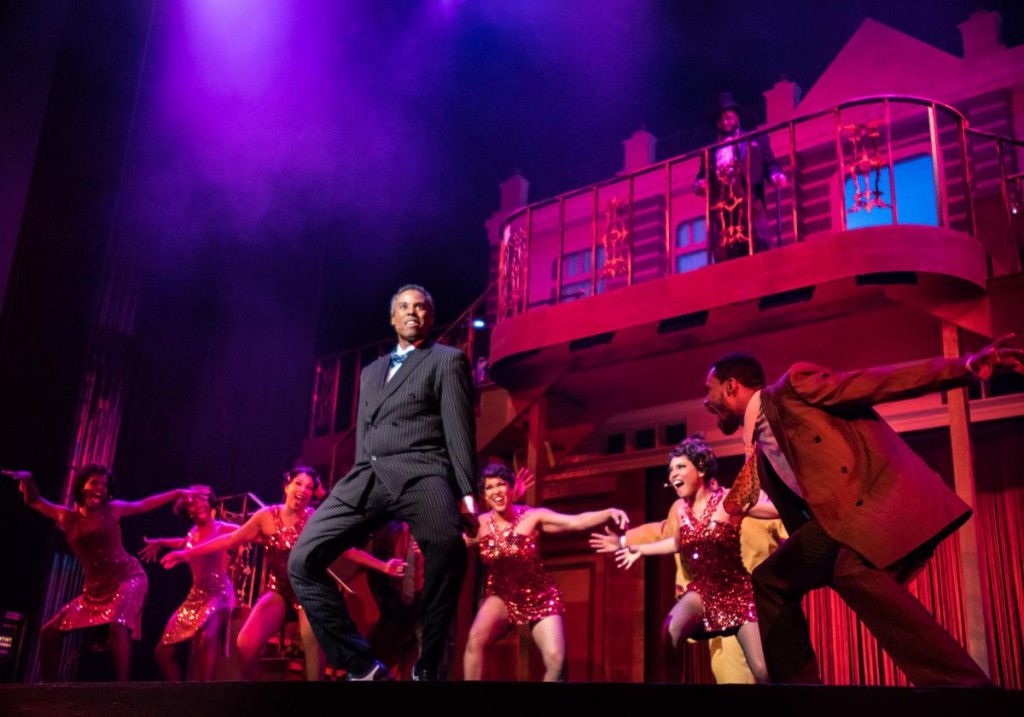 Jackie Alexander’s direction of NC Black Rep’s production of Jelly’s Last Jam at the 2019 National Black Theatre Festival (NBTF) has become the biggest grossing show in the history of the thirty year event.  The production, which ran at the Stevens Center in downtown Winston-Salem from July 29-August 3, 2019, also served as a reunion of sorts for the Broadway production with original cast members Keith David (Chimney Man), Tonya Pinkins (Sweet Anita), Savion Glover (Young Jelly), and Stanley Wayne Mathis (Jack The Bear) all in attendance on opening night. Mathis was also featured in NC Black Rep’s production, returning to the show this time around at Chimney Man. 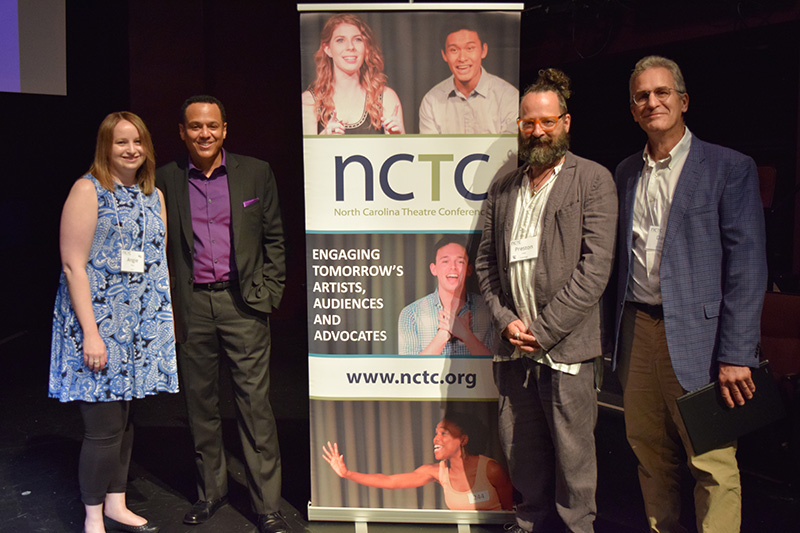 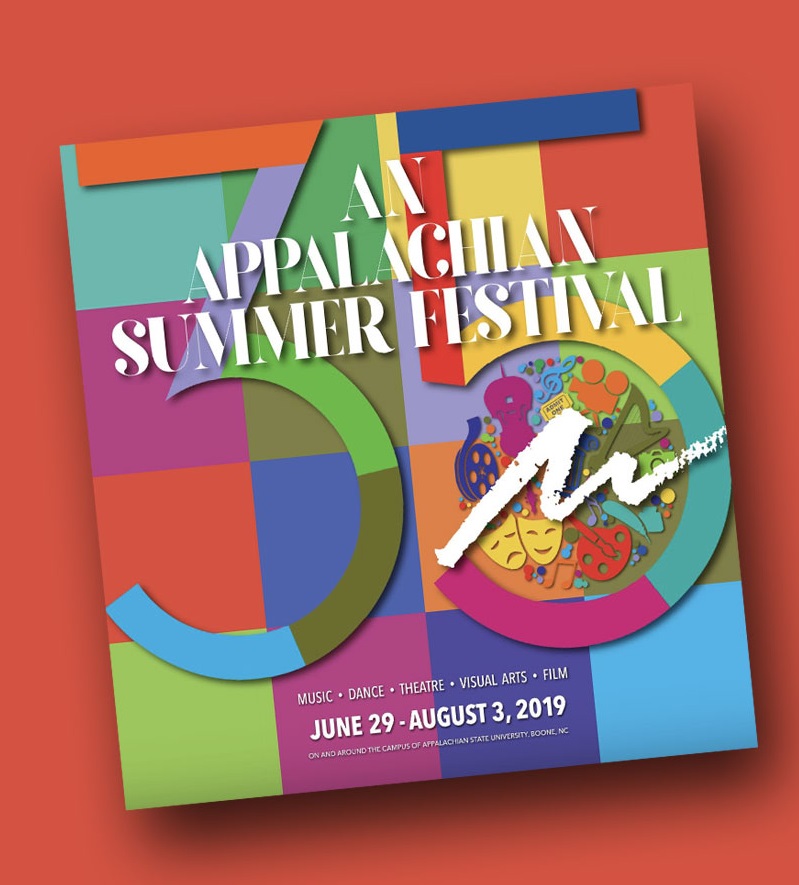 Plenty of Time at An Appalachian Festival

Plenty of Time at An Appalachian Festival 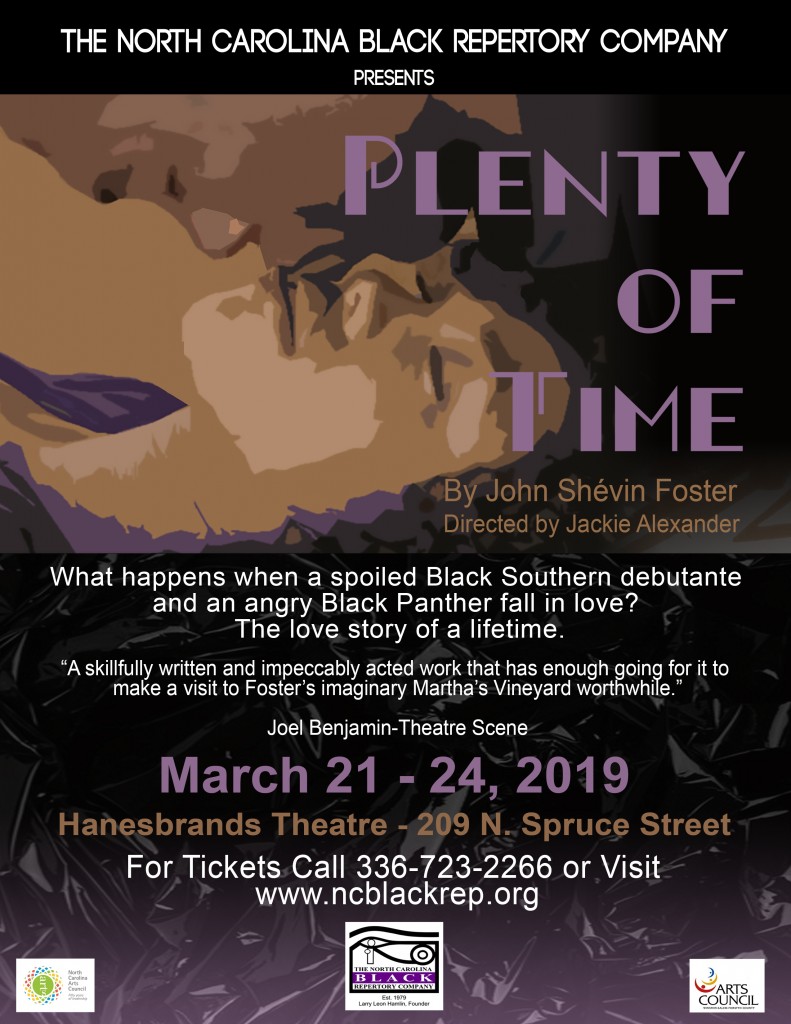 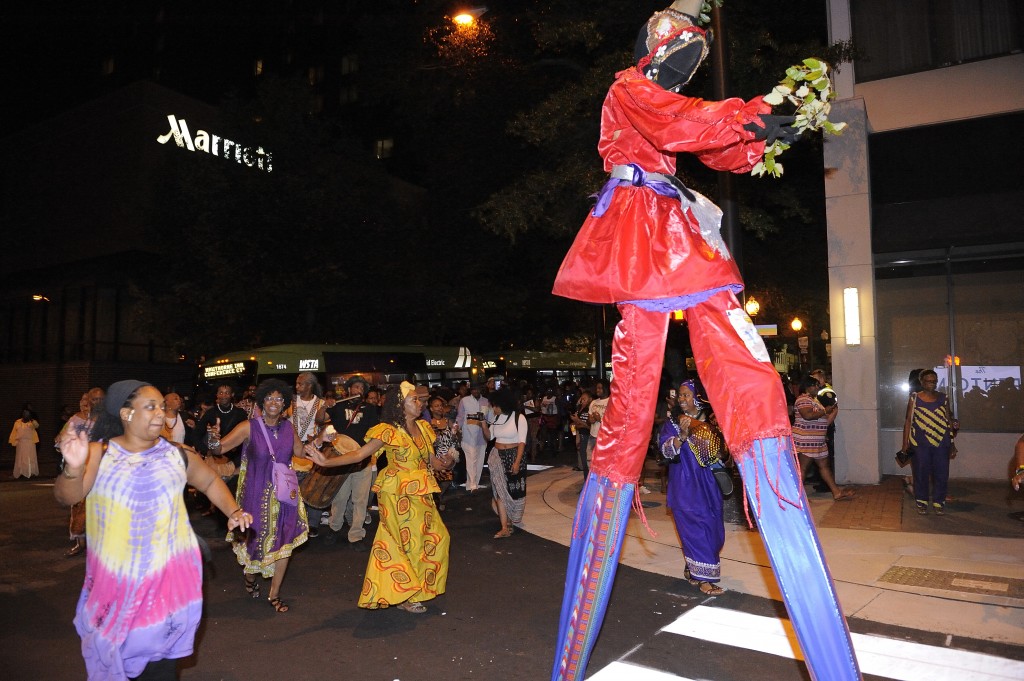 NC Black Rep Artistic Director Jackie Alexander was interviewed by American Theatre Magazine to get a sneak preview of the 2019 National Black Theatre Festival. Check out the full article on AmericanTheatre.org. 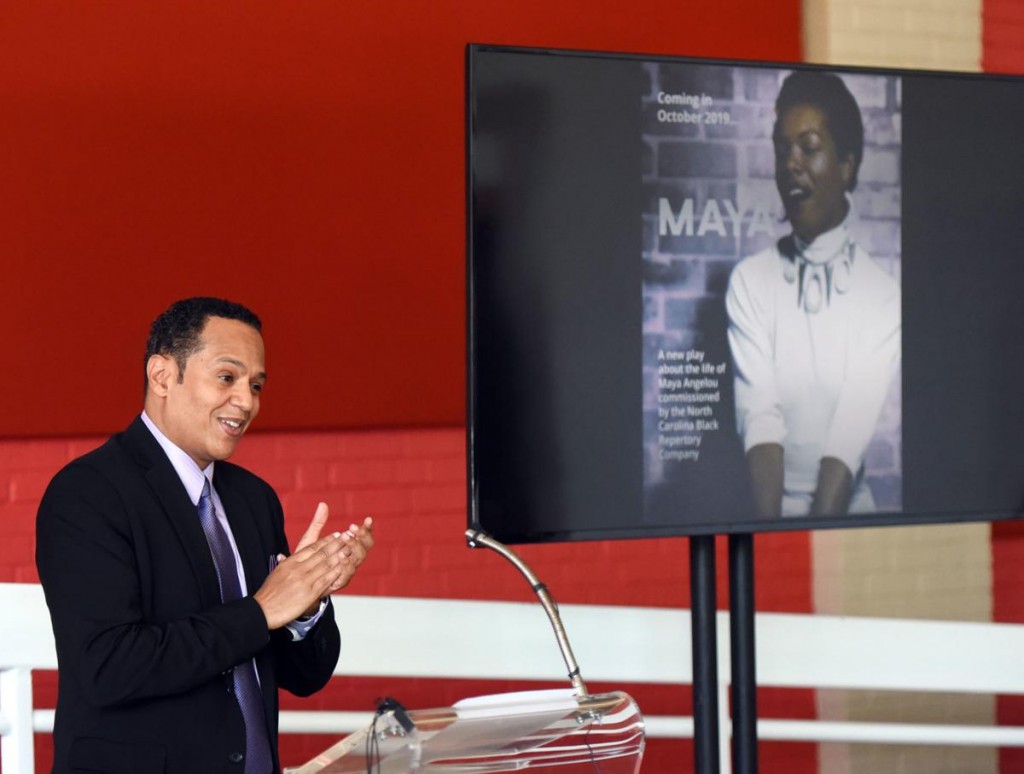 NC Black Rep Artistic Director Jackie Alexander was honored on February 14, 2019 by Governor Roy Cooper and first lady Kristin Cooper at a reception in the Executive Mansion in Raleigh, North Carolina. “Black History Month is a time to reflect on the deep contributions made by African-Americans to the life and culture of our state and our nation,” Cooper said. “This year, we will recognize African-American artists, musicians and writers with ties to North Carolina whose work has enriched our lives and expanded our understanding.” Alexander was recognized for his theatrical contributions to the state. 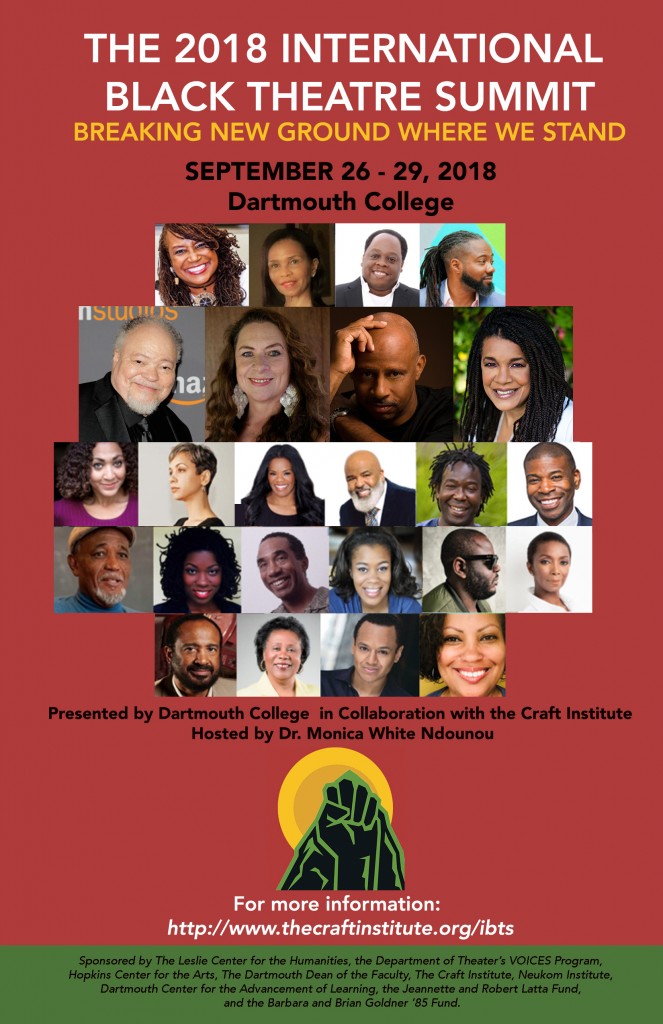 Director Jackie Alexander will be a guest speaker at the 2018 International Black Theatre Summit: Breaking New Ground Where We Stand at Dartmouth College, September 26-29, 2018. The Summit is a reconvening and commemoration of August Wilson’s legendary Black Theatre Summit “On Golden Pond,” which took place at Dartmouth in 1998 during the famous playwright’s residency as a Montgomery Fellow, visiting artist, and guest lecturer for the College. Twenty years down the road, the Summit will capitalize on new links between theatre, film, television, and related media platforms. 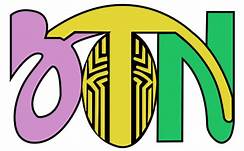 The Black Theatre Network (BTN) honored Jackie Alexander with the Presidential Pathfinder Award at its yearly conference in Memphis, Tennessee on Sunday July 29, 2018.  The award is presented to an artist or an institution that illuminates a path to innovations and new concepts in Black Theatre. For more information on BTN, please visit www.blacktheatrenetwork.org. 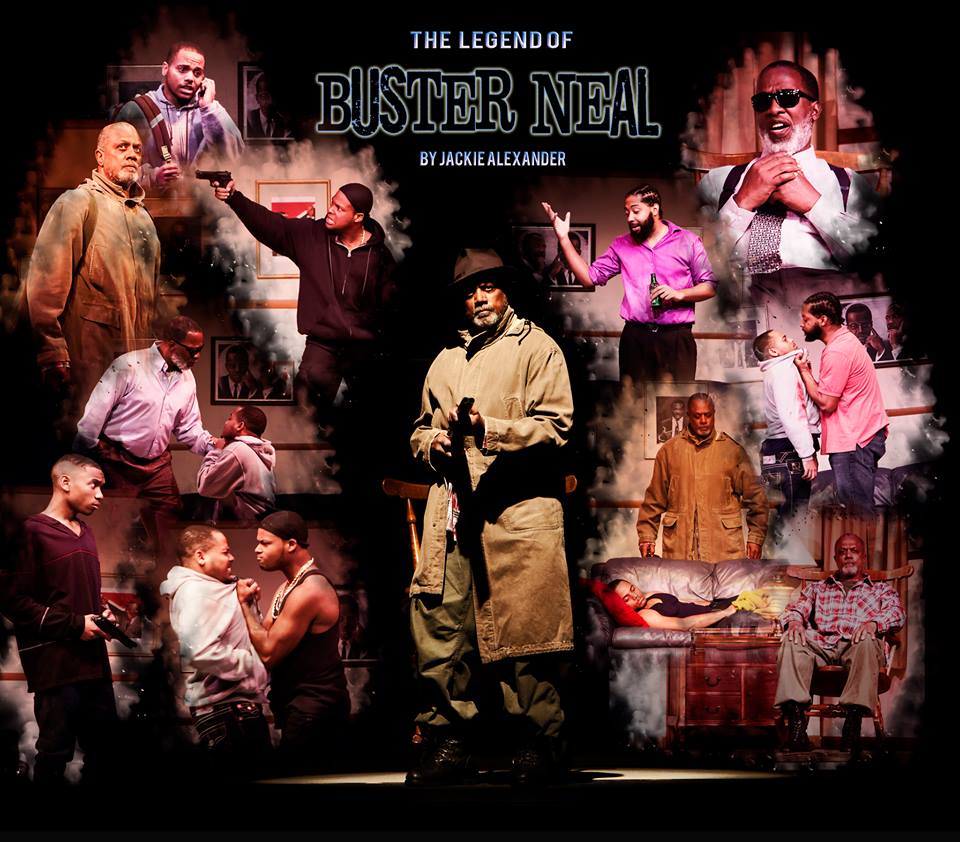 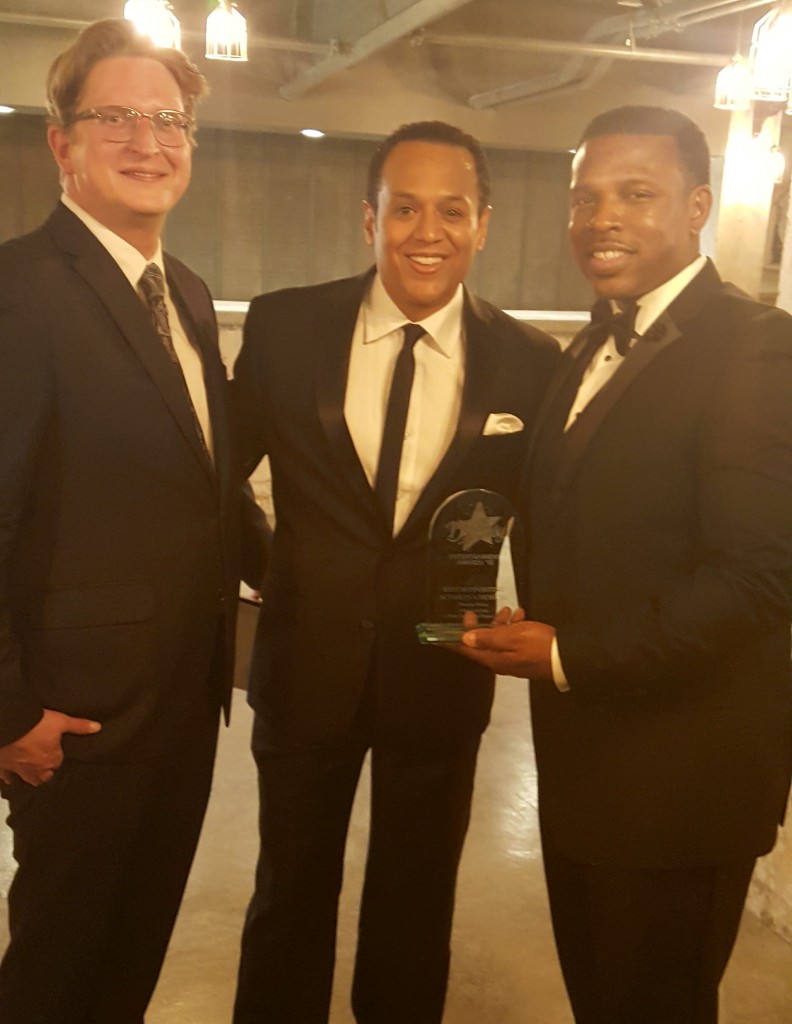 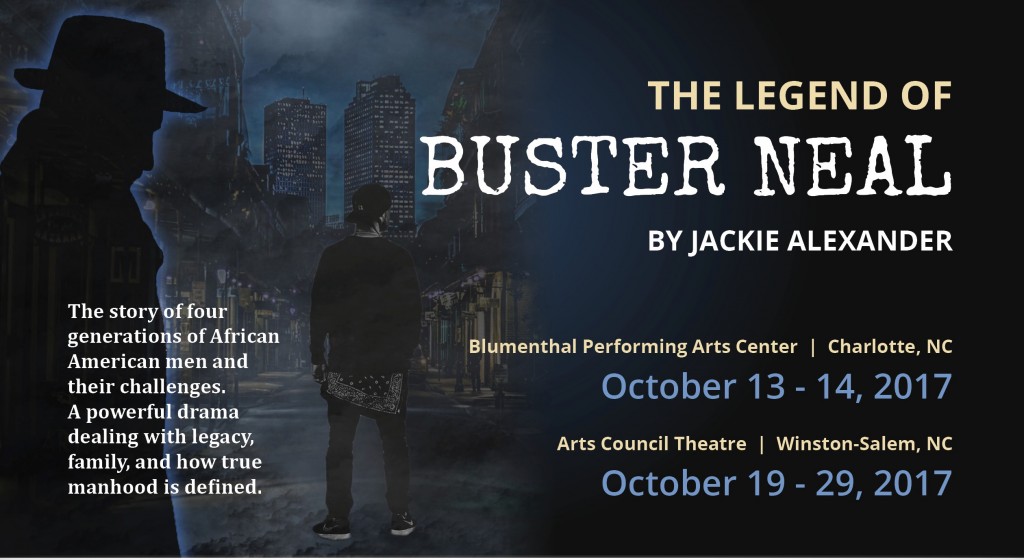 The Legend of Buster Neal

Buster Neal in Charlotte and Winston-Salem 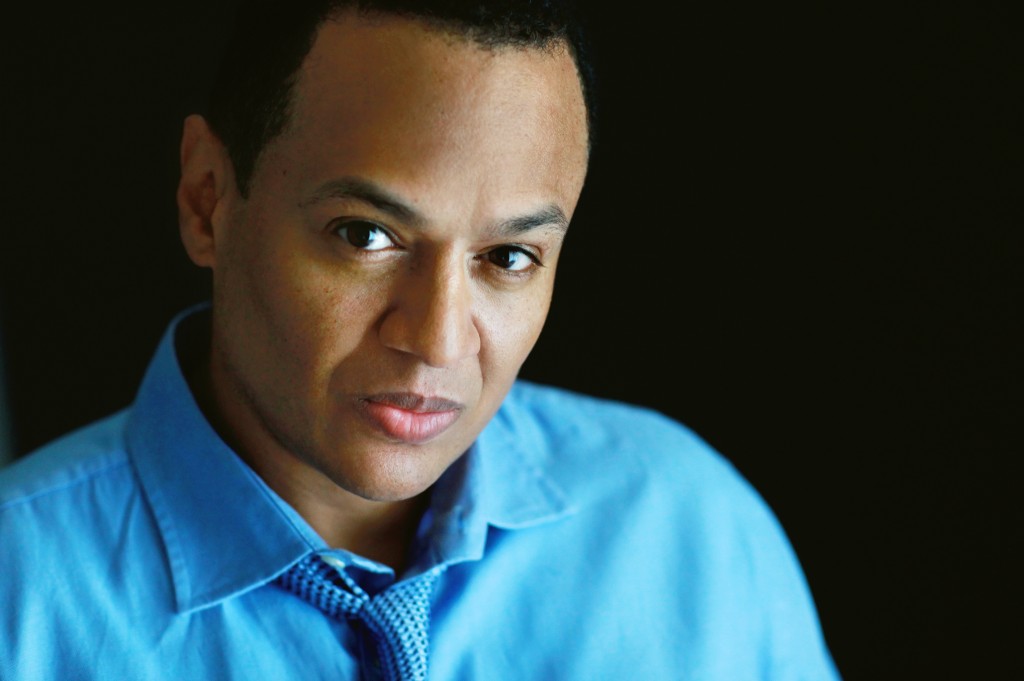 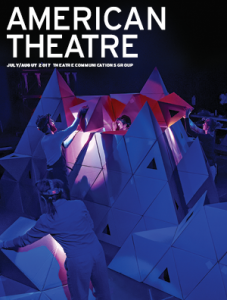 Check out this great article in American Theatre on The National Black Theatre Festival and Jackie Alexander’s first year as Artistic Director at NC Black Rep. 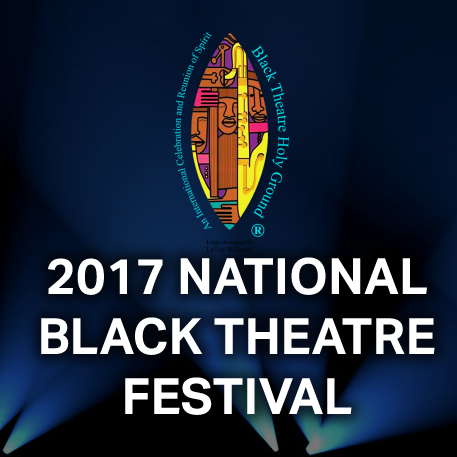 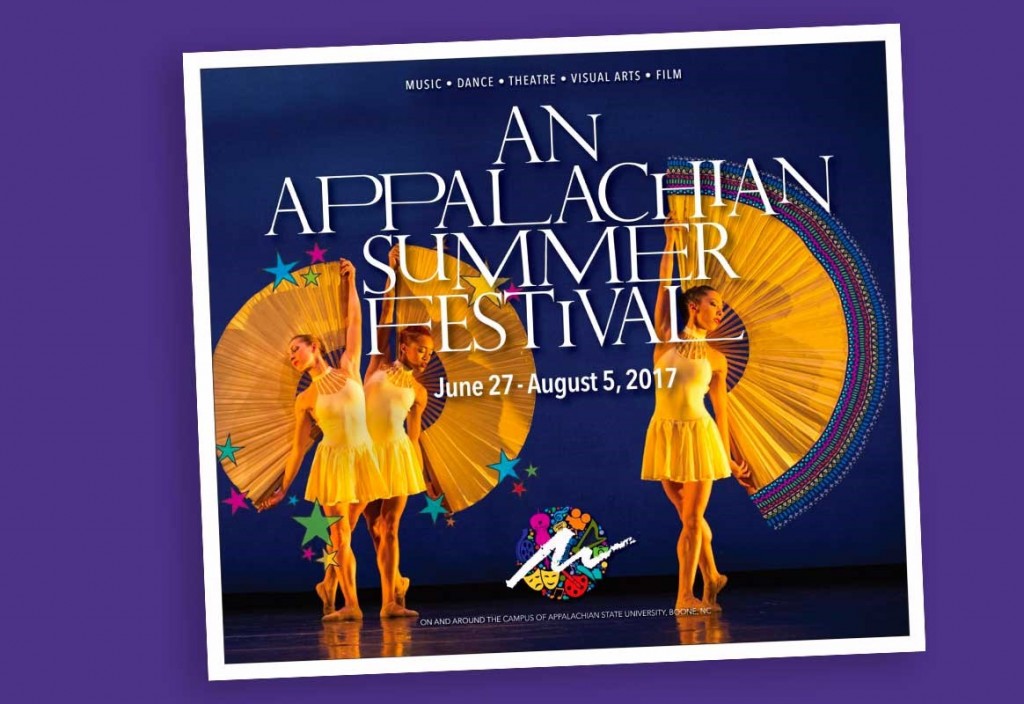 Maid’s Door at An Appalachian Festival

The North Carolina Black Repertory Company presents Maid’s Door, written by Cheryl L. Davis and directed by Jackie Alexander May 18-21, 2017 at Hanesbrands Theatre.  For tickets and information, please visit www.ncblackrep.org. And check out this great review from the Winston Salem Journal. 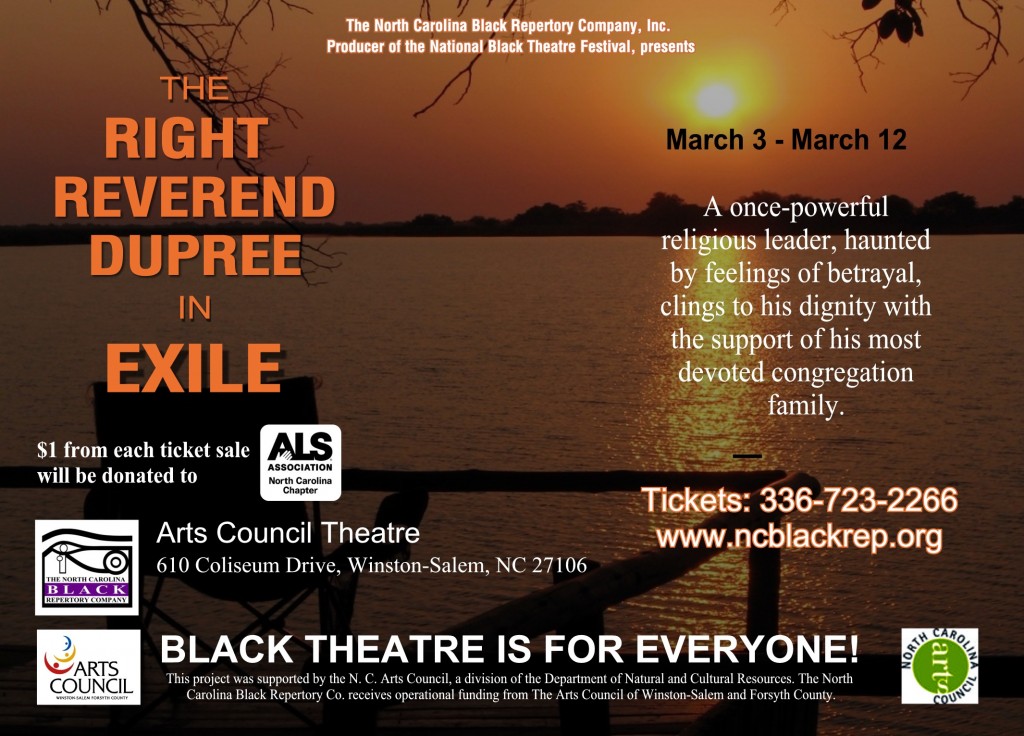 The North Carolina Black Repertory Company presentsThe Right Reverend Dupree in Exile, written and directed by Jackie Alexander March 3-12, 2017; Jackie Alexander will also direct the production.  For tickets and information, please visit www.ncblackrep.org. And check out this review by the Winston Salem Journal. 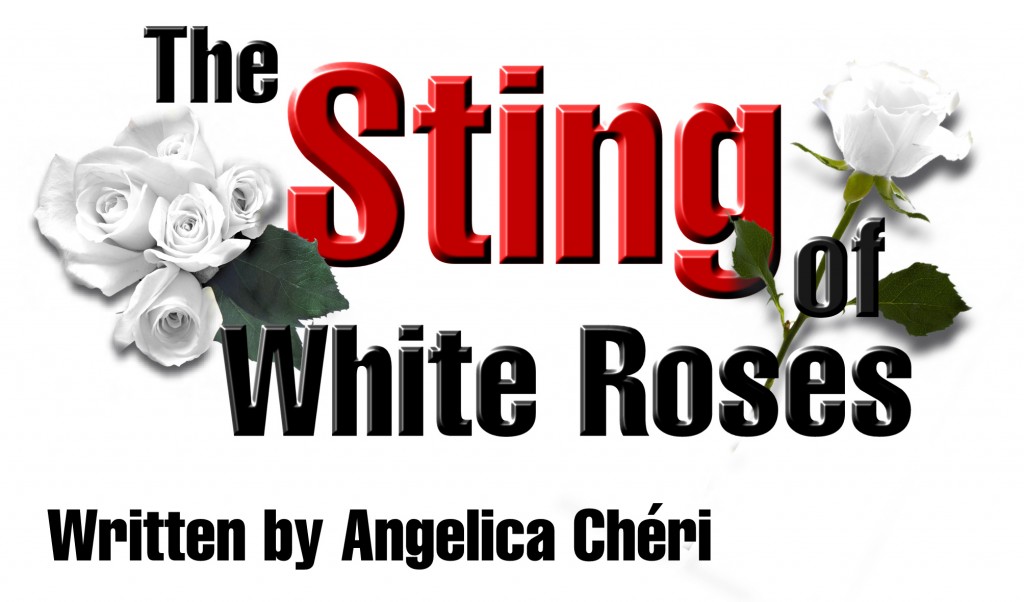 The High Priestess in NOLA

The High Priestess in NOLA